Largillière’s father, a merchant, took him to Antwerp at the age of three. As a boy, he spent nearly two years in London. Sometime after his return to Antwerp, a failed attempt at business led him to the studio of Goubeau. However, Largillière left at the age of eighteen and went to England, where he was befriended and employed by Peter Lely for four years at Windsor, Berkshire.

His painting caught the attention of Charles II, who wished to retain Largillière in his service, but the controversy aroused by the Rye House Plot against Roman Catholics alarmed Largillière. Largillière left for Paris, where he was well-received by the public as a painter.

Upon ascending to the throne in 1685, James II requested Largillière to return to England. James II offered Largillière the office of keeper of the royal collections, but he declined due to being uneasy about Rye House Plot. However, during a short stay in London, he painted portraits of the king, the queen Mary of Modena, and the prince of Wales James Francis Edward Stuart. The portrait of the Prince of Wales could not have been painted during Largillière’s stay in London because the prince was not born until 1688. The three portraits painted by Largillière of the prince in his youth must have been executed in Paris, where he returned sometime before March 1686. The portrait of King James II was painted in 1686. King James is portrayed in golden armor with a white cravat and is positioned in front of a watercolour-like background set in a round frame. 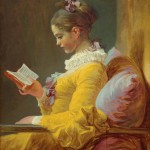 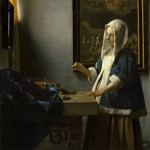