Harding was born at Conway, Massachusetts. Brought up in the wilderness of New York state, he was a lad of robust physique, standing over 6 feet 3 inches. His family removed to Caledonia, New York, when he was fourteen years old, and he was early thrown upon his own resources for support, his initial trade being that of a turner. In the War of 1812, he marched as a drummer with the militia to the St Lawrence. He became subsequently chairmaker, peddler, inn-keeper, and house-painter, painting signs in Pittsburgh, Pennsylvania. He worked at this latter occupation a year, when acquaintance with a traveling portrait painter led him to attempt that art. Having succeeded in producing a crude portrait of his wife, he devoted himself enthusiastically to the profession.

He painted several other portraits at Pittsburg, and then went to Paris, Kentucky, where he finished 100 portraits in six months at $25 each. He made enough money to take him to the schools at the Philadelphia Academy of Design. He then established himself in St. Louis, and eventually went on the road as an itinerant portrait painter. In August 1823, he went to England and set up a studio in London, and spent three years in studying and painting. He met with great success, painting royalty and the nobility, and, despite the lackings of an early education and social experience, he became a favourite in all circles. 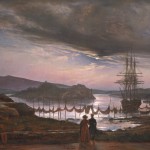 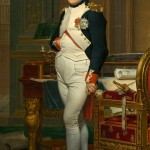