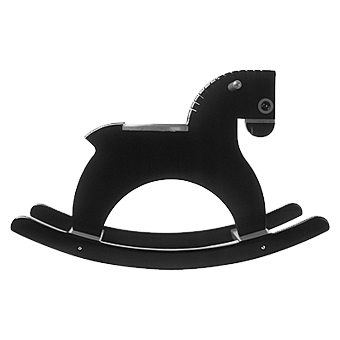 There was a woman who was beautiful, who started with all the advantages, yet she had no luck. She married for love, and the love turned to dust. She had bonny children, yet she felt they had been thrust upon her, and she could not love them. They looked at her coldly, as if they were finding fault with her. And hurriedly she felt she must cover up some fault in herself. Yet what it was that she must cover up she never knew. Nevertheless, when her children were present, she always felt the centre of her heart go hard. This troubled her, and in her manner she was all the more gentle and anxious for her children, as if she loved them very much. Only she herself knew that at the centre of her heart was a hard little place that could not feel love, no, not for anybody. Everybody else said of her: “She is such a good mother. She adores her children.” Only she herself, and her children themselves, knew it was not so. They read it in each other’s eyes.

There were a boy and two little girls. They lived in a pleasant house, with a garden, and they had discreet servants, and felt themselves superior to anyone in the neighbourhood.

Although they lived in style, they felt always an anxiety in the house. There was never enough money. The mother had a small income, and the father had a small income, but not nearly enough for the social position which they had to keep up. The father went into town to some office. But though he had good prospects, these prospects never materialised. There was always the grinding sense of the shortage of money, though the style was always kept up.

At last the mother said: “I will see if I can’t make something.” But she did not know where to begin. She racked her brains, and tried this thing and the other, but could not find anything successful. The failure made deep lines come into her face. Her children were growing up, they would have to go to school. There must be more money, there must be more money. The father, who was always very handsome and expensive in his tastes, seemed as if he never would be able to do anything worth doing. And the mother, who had a great belief in herself, did not succeed any better, and her tastes were just as expensive.

It came whispering from the springs of the still-swaying rocking-horse, and even the horse, bending his wooden, champing head, heard it. The big doll, sitting so pink and smirking in her new pram, could hear it quite plainly, and seemed to be smirking all the more self-consciously because of it. The foolish puppy, too, that took the place of the teddy-bear, he was looking so extraordinarily foolish for no other reason but that he heard the secret whisper all over the house: “There must be more money!”

Yet nobody ever said it aloud. The whisper was everywhere, and therefore no one spoke it. Just as no one ever says: “We are breathing!” in spite of the fact that breath is coming and going all the time.

“Mother,” said the boy Paul one day, “why don’t we keep a car of our own? Why do we always use uncle’s, or else a taxi?”

“Because we’re the poor members of the family,” said the mother.